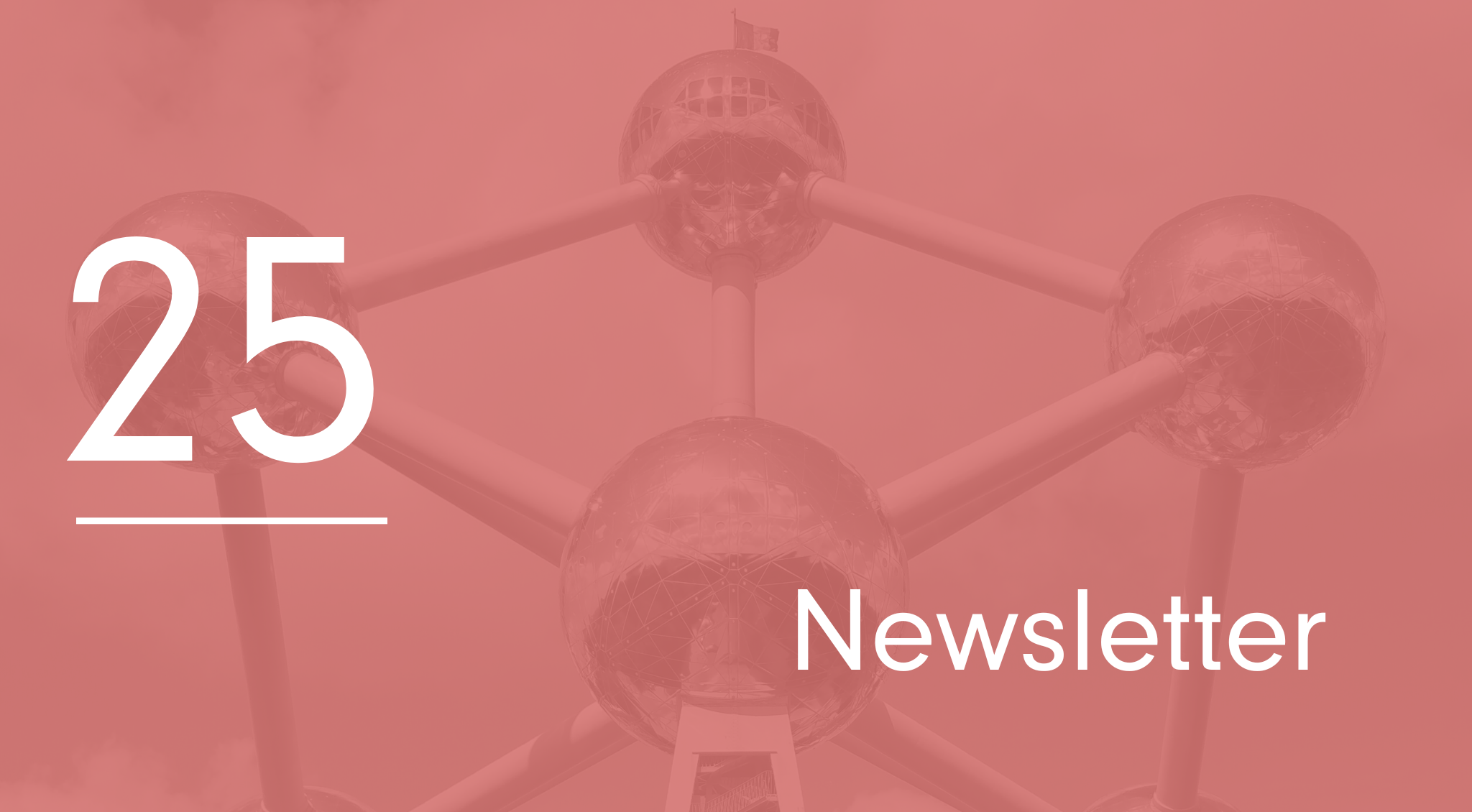 The last six months of 2022 in retrospect

2022 has seen many changes throughout the world. Europe, specifically, was beginning to recover from the aftermath of the COVID-19 pandemic when Russia’s aggression toward Ukraine began, bringing war to the European continent. The European Commission’s strong and united approach towards imposing sanctions on Russia and providing aid to Ukraine has been commendable. EFB continues to support Ukraine and condemns Russia’s brutal attack.

The reverberations of the COVID-19 pandemic have left supply chain disruptions across the globe adding to this is the weaponization of energy by Russia.  These two major occurrences have increased inflation across the world, hence impacting the cost of living of millions, if not billions, of people. This is leading to increased issues for businesses, who are trying to keep up with the rise of living costs and wages, inflation, energy prices and the administrative burden caused by the influx of policies.

Therefore, the work that EFB is doing continues to be extremely relevant. Below,  you will find a summary of the different policies that are coming from the European institutions, the events that EFB has contributed to and attended in the latter part of the year and a review of the changes to our Governance and newest members.

In 2022, EFB had its annual Directors’ Retreat in Ravensburg, Germany, hosted by our President, Mr Udo J. Vetter. Within the retreat, the directors in attendance discussed an abundance of prevalent topics impacting family businesses in Europe.

Over the last six months, EFB representatives have attended a myriad of meetings and conferences to spread the word on what we do, and also contribute specifically to policy debates. Following the two years of COVID-19, EFB’s attendance at such events has become all the more paramount as it is vital to ensure more people recognise family business issues.

EFB’s Senior Policy Advisor, Mr Darius Movaghar, contributed to the EESC public hearing on the Recapitalisation of EU businesses. The need for a public hearing emerged out of a necessity to explore how to tackle the over indebtedness of SMEs through a recapitalisation instrument that allows them to keep or increase their investment effort. The EESC used the findings of the hearing to add to its own-initiative opinion which can be found here.

For over a decade EFB has been talking about the tax treatment of equity and the need to establish a level playing field. EFB argued that giving companies more access to their retained earnings from their equity is likely to be a good way to ensure their growth. There is a need to move away from loading the balance sheet with debt and then deducting the interest. There needs to be a shift in how debt is treated to avoid another financial crisis like that of 2008, which according to the IMF, was a leading cause of the financial crisis. Debt is not a bad thing, family businesses will favour debt-financing as they will keep more control over their companies; but there is a need to find a level playing field.

To watch the public hearing and obtain full details of the event please visit the EESC website here.

On the 13th of October, Mr Jesús Casado, Secretary General of EFB, participated in EDHEC Business School’s 10th Anniversary event on the importance of a sustainable and responsible family business model from generation to generation. Mr Casado spoke of EFB’s achievements since its inception in 1997, what policies we follow to help guide family businesses through the current times and how we echo their concerns to the European Institutions. Mr Julian von Möller, a member of EFB’s Executive Committee, also spoke of the experience of his 8th Generation family-run company, and tackled the topic of how to transfer the family business responsibly while consolidating governance.

From the 28th to the 30th of June, Mr Casado attended Les Henokiens General Assembly, where he presented EFB’s latest updates. During the event, he also spoke in a NextGen roundtable providing the latest updates on the CSDD and CSRD to the next generation of family business owners.

Ms Joana Peixinho, EFB’s Junior Policy Advisor, attended several events including SME Intergroup discussions on the corporate sustainability due diligence proposal and focused on how this would work for SMEs. EFB also attended a hearing of the EESC, EuroCommerce and EuroChambers on the CSDD. This event included speakers from the European Parliament, European Commission and the OECD, whose guidelines on responsible business conduct include due diligence and are helping to shape the CSDD proposal.  EFB will continue to attend events in Brussels to increase our visibility.

Between the 28th-30th of November,  EFB attended the SME Assembly in Prague, Czech Republic. The assembly’s motto was Europe’s enterprises of tomorrow: sustainable, resilient and digital.

The general arguments which emerged in the Assembly noted the importance of research-backed innovation, the creation of sustainable business ideas which can be transferred and replicated in other European countries, and the need to support SMEs of all sizes to carry out the twin transition. The event’s discussions further highlighted that with the multitude of crises that the European Union faces, it is more important than ever to ensure that European businesses are adopting sustainability models and methods into their daily business activities. It is also crucial to have more digitalisation in businesses to secure the resilience of European businesses.

Overall, the SME Assembly demonstrated the need for the EU to become an environment that supports the innovation, sustainability and digitalisation transition.  However, one key element which was absent from discussions was the need to address the transfer of business issue.

The European institutions have been working on a plethora of important policy proposals throughout 2022. The great number and speed at which these initiatives are arising means that EFB’s work is far from over.

Furthermore, with the energy crisis, high level of inflation and supply chain crisis there is much to be done to protect the future of family businesses in Europe. Below you can find an overview of the major policy developments from the end of 2022.

On the 1st of December 2023, the European Council agreed upon the general approach to the CSDD. However, there are still disagreements concerning the scope, value chain and liability specificities of the proposal.

As the discussions continue on this important topic, EFB will keep you updated with the specificities of what this proposed directive is to entail.

The Debt-Equity Bias Reduction Allowance (DEBRA) that EFB had been calling for has now reached discussions in the Council of the European Union. On the 12th  of January 2023 the ECON committee of the European Parliament held a discussion on the draft report regarding the Rules on a Debt-Equity Bias Reduction Allowance (DEBRA) and on limiting the deductibility of interest for corporate income tax purposes where the consultation is currently under procedure.

What we know so far:

The BEFIT initiative that the European Commission has put forth provides another attempt to resolve the complexities that EU companies face when operating in more than one EU member state with regards to the different taxation systems in place. Overall, the  BEFIT initiative aims to introduce a common set of income taxation rules for EU companies. BEFIT will replace the Commission’s previous plan the Common Consolidated Corporate Tax Base (CCCTB).

The European Commission has now opened its have your say portal for feedback on the BEFIT initiative. EFB is preparing its contribution to the BEFIT consultation, which is due to close on the 26th of January 2023.

Both the proposals for the Listing Act and Insolvency Act are now open for comment through the European Commission’s  Have your say portal.

Upon analysing these Acts, EFB has decided to comment on the consultation for the Listing Act as within this proposal the discussion of Multiple share votes is tackled. It is important that family businesses can have the opportunity to list their company’s in order to access the SME growth market but without losing control of their majority voting shares. Thus, EFB will make the case of what the Listing Act will mean for family businesses.

Obtaining an acknowledgement of medium sized businesses falling beyond the remit of the SME category and below the category of a large enterprise is still an ongoing process. However, EFB has achieved an important step in our campaigning for Mid-Caps.

As mentioned in our previous newsletter, EFB held a discussion of the topic at the European Parliament on the 11th of May with Vice-President of the European Parliament, Nicola Beer as our co-host; where EFB presented our report with KPMG Private Enterprise to MEPs the EU Commission representative, Deputy Director General of DG GROW, Mr Hubert Gambs. EFB requested a report by the Commission exploring midcaps in Europe. The European Commission’s DG GROW delivered on this request by commissioning a Study to map, measure and portray the EU mid-cap landscape.

Our work on this initiative is not yet finished, the on the report commissioned by the European Commission does not yet state the need for a mid-cap category. However, it does highlight the need to collect more data and insight into the presence of mid-caps in the single market. EFB thanks the European Commission for the study which undoubtedly marks an important step in better understanding the European business ecosystem and the role of Mid-Caps.

Mr Albert Jan Thomassen has left EFB’s management committee. We thank him for his valuable and insightful contributions to EFB over the last 13 years.

We have gained a great deal from his valuable contributions and learnt a lot from him. He enabled us to grow our network and enhance our lobbying capacities. The EFB team remains thankful to Mr Thomassen for all his hard work and we will continue to work with him through FBNed in the future.

We welcome Mr Stefan Tax to the Management Committee and look forward to having him on board. Mr Tax has since 2015 been the representative in advocacy for family businesses in the Netherlands at the Dutch Association for Family Businesses (FBNed). Mr Tax will be helping EFB to expand its network further.